The project objective is to promote the crossborder region as a tourist destination by the development of a unique tourist route, which encompasses the most attractive places in Western Bulgaria and Eastern Serbia. It is kind of traveling through time, history, traditions, culture and customs of nations.

The Balkans is a peninsula at the south of the European continent. Gods have given this part of the Earth almost more than they had and could. They have surrounded it by five seas, namely Ionic, Adriatic, Mediterranean, Aegean, and Black. They have gifted it continental part with the richness of waters, mountains, forests, meadows, and sunshine. They have given it life, designated it to be the cradle of the earliest civilization, dating back to prehistory, from Ice Age and first human cave communities, which is testified by rich archaeological sites that reveal only a small portion of the secret of life in these lands, the secret of human existence through the Neolithic Period, Bronze and Iron Ages, Archaic Period, Roman Period, Middle Ages, and so on.

Although endowed by many blessings, the Balkan Peninsula is also followed by a curse: to be a link between Europe and the rest of the world, to be fought for and over by both big and small empires, to be a place where many civilizations would, over centuries, leave marks of their presence, preserved at various archaeological sites. Therefore, there isn’t a smaller place with more history of human life, a history that is so complex, layered, still incomprehensible and secretive, but nevertheless attractive to learn about, and explore.

The starting and ending point is Sofia, Bulgaria. In the city center we visit St. Alexander Nevsky Cathedral, churches St. Nedelya, St. Sofia and St. George and the National History Museum. Trip continues to Pravets to be visited the house of former Head of state – Todor Zhivkov. Then the travel continues to Varshets – the spa center in northwestern part of Bulgaria.

For half an hour from Varshets can be reached the Klisura monastery. It was founded in 1240 when bore the name Vreshetski. The Monastery was destroyed three times by the Turks. Close to its current revival style Klisura monastery was restored in 1869 by contributor Archimandrite Antim Damyanov. The trip continues to Berkovitsa, where can be visit the Ethnographic Museum and the house of Ivan Vazov, as well as the Clock Tower, rising in the city center. The journey continues to Montana, where notable is the rich collection of historical monuments in the Lapidarium.

During the next day the road takes us to Belogradchik – the town is well-known with its Rocks and Fortress. Millions of years ago the site was bottom of a sea and so were sculpted the rocks in amazing shapes and sizes covering an area of 30 sq.km. The local people call them by different names: Schoolgirl, Monk, the Bear and others. At a distance of 18 km from Belogradchik is located Magura cave, famous for its cave paintings aged over 8000 years. The trip continues to Vidin, where on the picturesque Danube bend from thousands of years the medieval fortress “Baba Vida” watches over the city.

The fourth day of the track passes in Serbia, where after visiting the Historical museum located in the town Zaječar we reach Gamzigrad archaeological complex, where you can go back in the third century of the Roman Empire and visit the Imperial Palace “Felix Romuliana”. The journey takes us to Lazar Cave near town of Bor – one of the most beautiful in this part of Serbia.

The route leads us to Niš. Here can be seen the monuments Čegar, Skull Tower and Niš fortress located in the city center. The journey continues into southern Serbia reaching the towns of Leskovac and Vranje. One of the most beautiful houses in Leskovac is Town-style house, which is over 150 years old – an outstanding example of Balkan architectural style. Near it are placed the remarkable churches St. Trinity and Odzhakliya. Continuing further on south we reach Vranje, where can be visited the National Museum, the house of Borislav Stanković – author of some Serbian plays and the church in the city center.

On the sixth day we pass along Vlasinsko Lake, known for its moving islands, and then continues towards Bulgaria reaching the town Kyustendil, where the final point of the route is. We will visit the Regional Historical Museum, medieval frescoes in the church “St. George” and the ruins in the park Hisarlaka. In the afternoon we leave for Sofia.  We arrive at Sofia in the evening. End of the program.

The ethno houses, hotels, bungalows and private homes. There are double, triple and double rooms with bathrooms

This program is based on at least 7 applied people. If there occurs a change on the monetary market, commodity market and services, if there is not a sufficient number of travelers, the organizer retains the right to correct the price, change or cancel the program at least 3 days before the beginning of the program.  It takes at least 7 people from Niš or Belgrade for the departure. 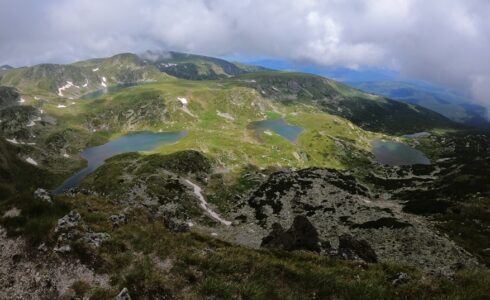 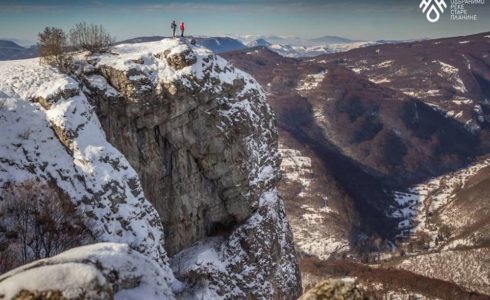